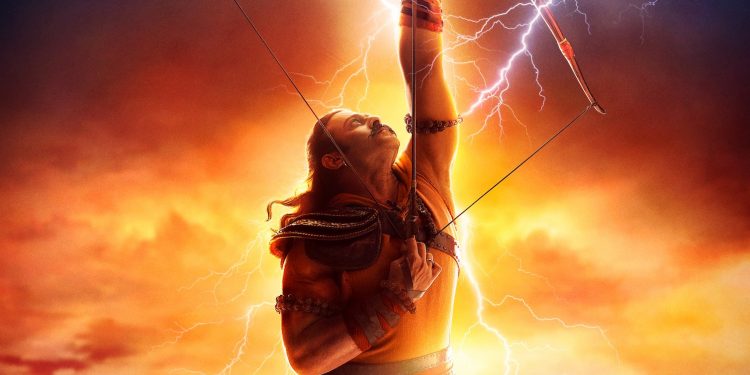 Finally, the much-anticipated movie “Adipurush” had its first poster out. The pan-India superstar as Lord Rama looks majestic in the poster.  Prabhas looks to be blazing his powerful bow toward the heavens in the recently revealed poster. In the distance, lighting may be seen in the blazing sky. In the authentic attire, the actor exudes an extraordinarily strong masculinity.

The makers have announced that the teaser for this film will be released on Sunday, i.e., October 2, on the banks of the river Sayaru, Ayodhya, Uttar Pradesh.

The “Adipurush” craze has gripped the internet. Fans of Prabhas are rejoicing over the first poster all throughout the country. The movie, whose release date is set for January 12, 2023, is anticipated to be a huge success at the box office.

“Adipurush” is being made on a budget of 500 crores. It is directed by Om Raut and produced by Bhushan Kumar. The film features Kriti Sanon, Saif Ali Khan, and Sunny Singh in lead roles.