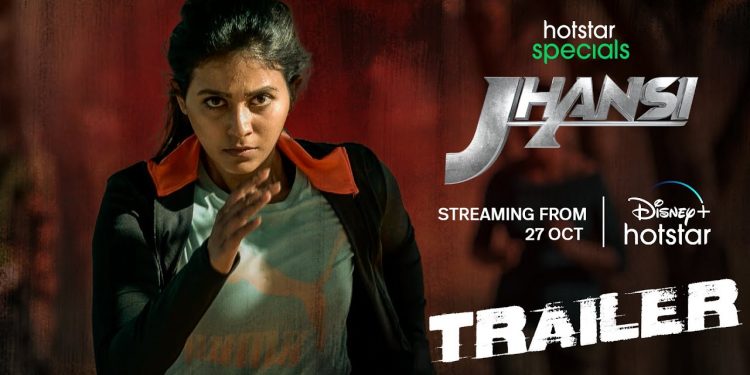 Telugu girl Anjali who built a successful career in Tamil Industry. The actress has appeared in many successful films over the years in both Telugu and Tamil cinema industries.

However it seems like the actress has drastically slowed down in recent years. Lately she was seen in some item songs and cameo roles. Anjali has also done an OTT web series ‘Paava Kadhaigal’ which was well received by the audience. The ‘Vakeel Saab’ actress is doing another interesting web series  ‘Jhansi’ for Disney Plus Hotstar. The trailer for this series has been unveiled by the actress.

Anjali appears to play the action lady in this flick, who is on the verge of discovering her dark past. The trailer looks extremely intriguing with a handful of thrilling moments. ‘Jhansi’ will stream on Hotstar from October 27.

Welcome to 2022, the year of Indian cinema’s fusion