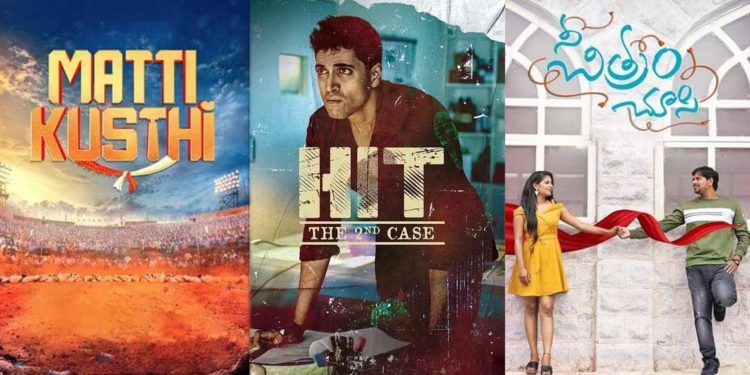 ‘Ratchasan’ star Vishnu Vishal’s Tamil film “Gatta Kusthi,” which is being dubbed into Telugu as “Matti Kusthi.” This Vishnu Vishal’s flick is releasing in Tamil Telugu and Malayalam languages. The movie is based on traditional Indian martial arts and it is directed by Chella Ayyavu.

The second film from HIT franchise starrs Adivi Sesh in the lead role as Krishna Dev. The franchise is produced by actor Nani and directed by Sailesh Kolanu. Telugu people have high expectations for this film.

Nee Chitram Chusi is a romantic comedy which will test its luck at the box office this friday.