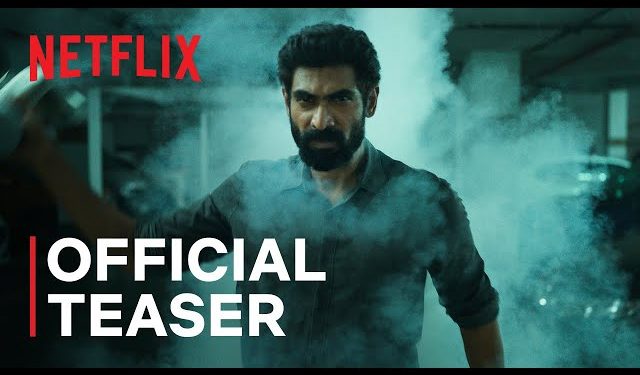 We are all aware that the Daggubati actors Rana and Venkatesh have been cast in the Netflix movie “Rana Naidu.” The Uncle and Nephew pair had never previously shared a screen.

The highly anticipated movie’s teaser has been released on Netflix. The teaser appears compelling, with a captivating plot and outstanding action visuals. Rana and Venkatesh are portraying a father and son in this project who continue to harbour animosity toward one another. Both will have to deal with the unsavoury problems that Mumbai’s celebrities encounter.

The female protagonist is played by actress Suvreen Chawala. Venkatesh appears in this movie as an elderly man with gray hair. The teaser, which was released in Hindi, featured Rana, who was stunning in his con man role. It’s anticipated that the additional versions will be available soon.

Movie and OTT releases this week