by V Kumar
in International Cricket
0 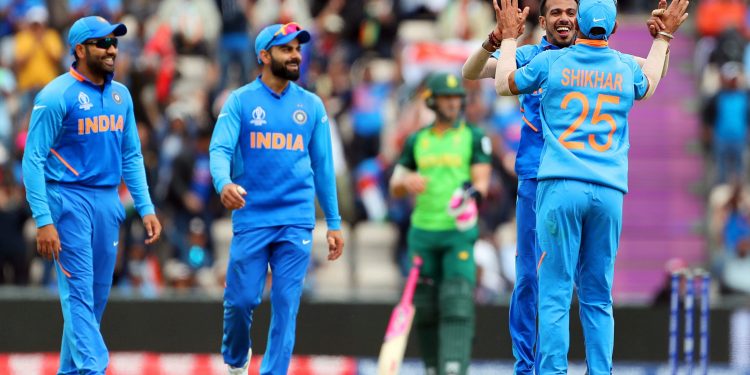 Despite suffering a significant loss at the Asia Cup, Team India has recovered. They gained confidence after defeating the world champions, Australia. Although this series is seen as warm-up matches before the T20 World Cup, they should not be taken for granted. India will compete again in the World Cup with South Africa On October 30..

The two teams have faced off in twenty international T20 matches. In 11 of these matches, India came out on top. South Africa won eight of the games. One contest was a tie. In this, each team has won five times on the home turf of the opposition. If India wins three games at home, South Africa wins two games. India wins in neutral grounds. These two teams played each other four times in neutral venues. The Indians won three games to the Proteas’ one. India continues to dominate South Africa as a result.

Indian captain Rohit Sharma is at the top of the list for both teams. The former Indian cricketer Suresh Raina is placed second. JP Duminy, a former South African athlete, was in third place. Virat Kohli is ranked fourth, and Shikhar Dhawan is fifth.

Number of Centuries and Highest score

Only two players have reached the century mark in bilateral series. It’s noteworthy that both of them are Indian batters. Rohit and Suresh Raina are on this list. The highest score is marked with Rohit Sharma’s name (106). Next is Suresh Raina (101) then Heinrich Klaasen(81).

Bhuvneshwar Kumar is the bowler with the most wickets. His best bowling figures were 5/14 and 14 wickets.

So let’s unwind and enjoy South Africa and India’s first T20 match while keeping an eye on the statistics.

Pre-release event of Mahesh Babu’s ‘Sarkaru Vaari Paata(SVP)’ at the Hyderabad Police Grounds on 7th May.