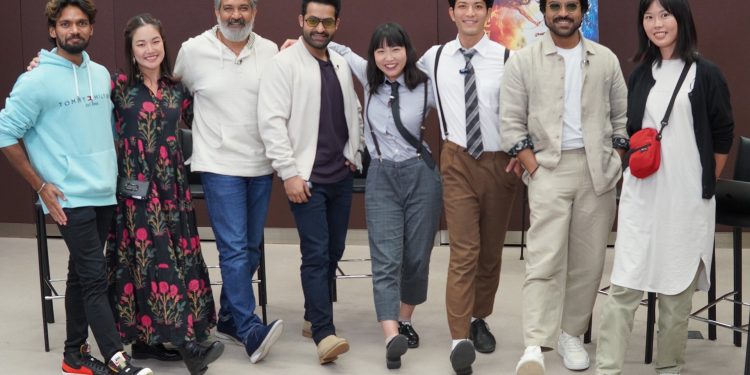 Ram Charan, Rajamouli, and NTR, the “RRR” trio, are in Japan to promote their movie. On October 21, the Japanese version of this movie will be released.

Stars Ram Charan and NTR were welcomed with open arms in Japan. Everywhere they go, the actors are besieged by admirers. They participated in the meet-and-greet events as well.

NTR has a big fan base in Japan. Due to his prior films, the actor was well-known to the Japanese public even before “RRR.” In the Indian media, images of the “RRR” performers visiting Japan and interacting with Japanese fans have gone viral. Look this this

Another breakup for Samantha!

This week’s Theatrical and OTT Releases