Mega 154 : Waltair Veerayya and Vizag Rangaraju to be involved in tiff ? 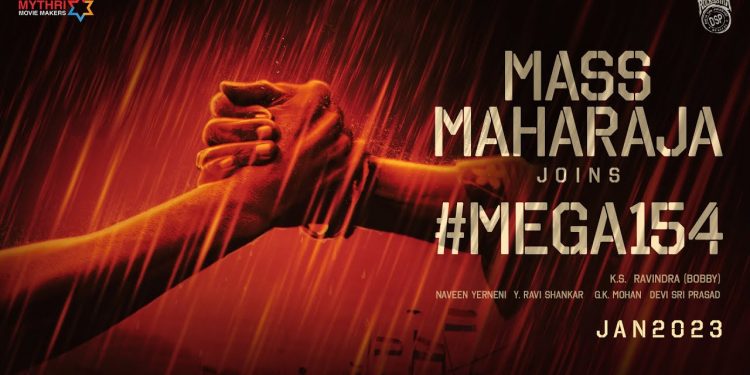 As is well known, Bobby is directing Chiranjeevi’s Mega 154, in which Ravi Teja has a significant part. On social media, rumours concerning Rai Teja and Chiru’s parts in this upcoming movie are now circulating. According to rumours, Ravi Teja would play a strong police officer, Vizag Rangaraju who gets into a fight with Veeraiah, Chiranjeevi. There are also different fan theories that are evident on social media, but the captain of the boat, Bobby, has not revealed anything yet

As a result of the casting of Ravi Teja and Chiranjeevi, Mega 154 is generating a lot of excitement among the general public. Shruthi Hassan and Keerthy Suresh play significant parts in the movie. For this multi-starrer movie, the producers are thinking of using the name “Waltair Veerayya.”

The dubbing schedule for this film officially started today. As per the makers almost 70% of the filming is done and the remaining shoot will be commenced in the upcoming schedule.

Bobby is the director and Mythri Movie Makers is the producer of ‘Waltair Veerayya.’  The soundtrack for this movie is being created by Devi Sri Prasad. Cinematography will be handled by Arthur A. Wilson. The editor is Niranjan Devaramane, while the production designer is AS Prakash. The screenplay was handled by K Chakravarthy Reddy and Kona Venkat. The flick will be released in January 2023.