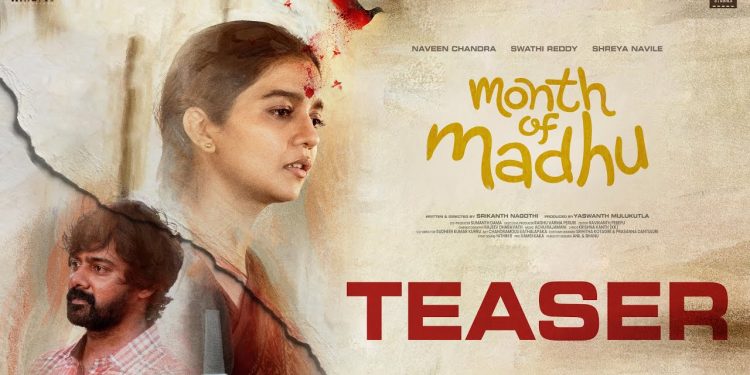 Actor Naveen Chandra never fails to amaze us with his flawless acting performances. In recent times the actor is vigorously seen playing many commanding roles in big star films. The ‘Andala Rakshasi’ is coming up with a film called ‘Month of Madhu,’ the actor is playing the lead role in this film. The most charming ‘Colours’ Swathi is playing the female lead in this flick.

The teaser for this film was unveiled recently. Naveen Chandra appears to be an alcoholic, Madhu. Swathi is playing a college student who falls in love with Madhu despite knowing his troubles with alcoholism. The teaser is extremely gripping as it starts to portray the aftermath of a woman getting married to an alcoholic man and their personal struggles which leave them in the court seeking divorce.

This rollercoaster emotional drama is directed by Srikanth Nagothi. The release date of this film has not been announced yet.

To qualify as a hit, Ram Pothineni’s “The Warriorr” has to gross above this number