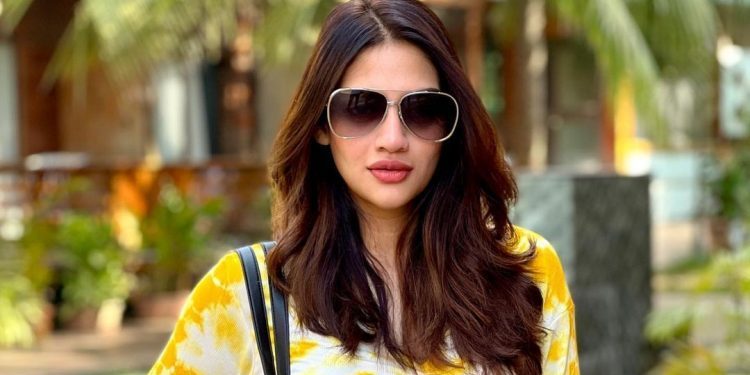 After a certain point in their career, many actresses tried their hand at politics, but only a few became successful politicians. Nusrat Jahan, a Bengali actress, is from this category. She began her career as a Bengali actress and is now a prominent West Bengal politician. She was elected to the Lok Sabha in the 2019 general election from the Basirhat Lok Sabha Constituency from Trinamool Congress Party.

She’s no stranger to posting her gorgeous looks on social media, having come from an acting and modelling background. Despite her status as a well-known politician, she is first and foremost an actress. Her political responsibilities had no bearing on her passion for fashion and beauty. Her name has been linked to numerous scandals in the past. Despite this, she poses in her most seductive ensembles. Nusrat shared a sexy photo of herself on Instagram wearing a beach outfit, and she looks absolutely stunning. The looks of this hot politician are going viral on Instagram.

Take a look at her alluring pictures.

Nusrat is now dating Yash Dasgupta, a Bengali star actor. This couple is said to have given birth to a newborn boy. Nusrat kept her pregnancy a secret from the public.

Must Watch Video: Nora Fatehi is burning the dance floor with Ranveer Singh