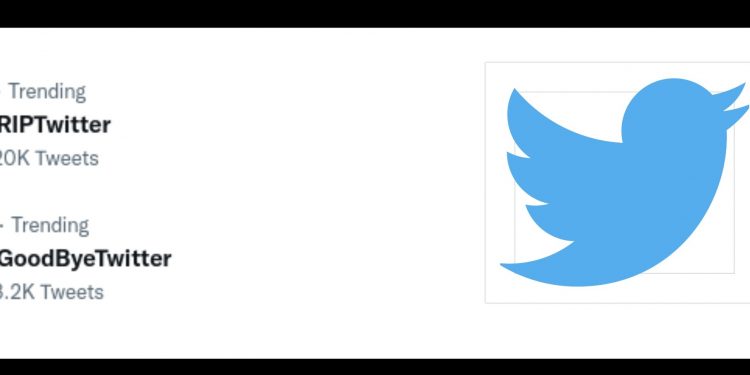 Ever Since billionaire Elon Musk took over the microblogging platform Twitter, the social media tech company has consistently made headlines for unusual reasons and events at the Twitter office.

Musk right away fired the CEO of Twitter, Parag Agarwal, and other chiefs of Twitter, as he was dissatisfied with them. Then Musk took a dig at the Twitter employees by ordering the mass layoff of employees, citing the “loss in revenue of the company” as the reason.

In addition to all of this, Elon has set very rigid guidelines for his staff. He allegedly demanded that the survivors of the layoffs at Twitter promise to put in “hardcore” work or resign with severance money.

Unpleased with Elon’s new rules and work structure, many of the Twitter employees are resigning from the company voluntarily. The hashtag related to this chaos, #RIPTwitter, has been trending on Twitter at the No. 1 position worldwide.

It’s also been said that the app is already crashing in some areas due to bad servers. Musk acted quickly and rehired his employees, Ligma and Johnson, and admitted that it was his biggest mistake to fire them. Let’s wait and see how this will turn out.

While Twitter employees are caught up in Musk’s ultimatums, the #RIPTwitter trend continues with various Elon Musk memes and trolls. Surprisingly, even Musk tweeted one of his own memes supporting the hashtag.

Let’s take a look at some hilarious tweets.