Salman Khan accepted no remuneration to act in Chiranjeevi’s “Godfather” 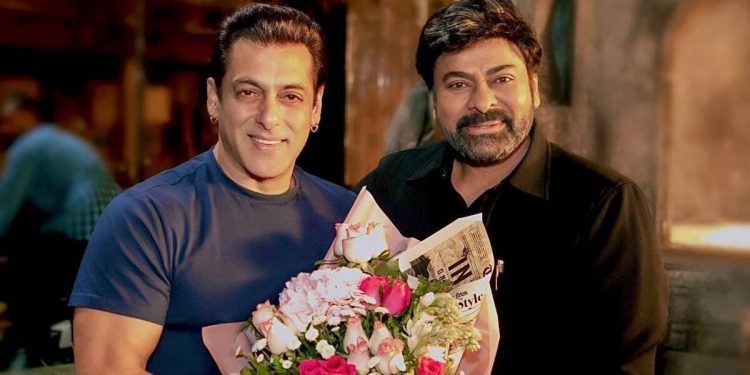 Bollywood Bhaijan Salman Khan is playing a cameo role in Chiranjeevi’s ‘Godfather.’ Sallu Bhai had never before made an appearance in a Telugu movie before this film. In a special song, the actor would also dance alongside Chiranjeevi.

The public has been impressed by the “Godfather” trailer and promos that have already been released. The movie is scheduled to open in theaters on October 5. Chiranjeevi had high hopes for this picture. He promised his fans that “Godafther” wouldn’t let them down.

A fascinating rumour regarding this movie is making ripples as its release date approaches. Salman Khan reportedly received no payment for his part in “Godafther.” Salman did really claim that money couldn’t buy his love for Chiranjeevi’s family. He allegedly even lost his temper when the filmmakers asked him to accept their gift of affection.

If these rumours are accurate, it’s really remarkable to learn about the strong bond between the biggest superstars of India. For his movies, Salman Khan typically demands more than 100 crore rupees.