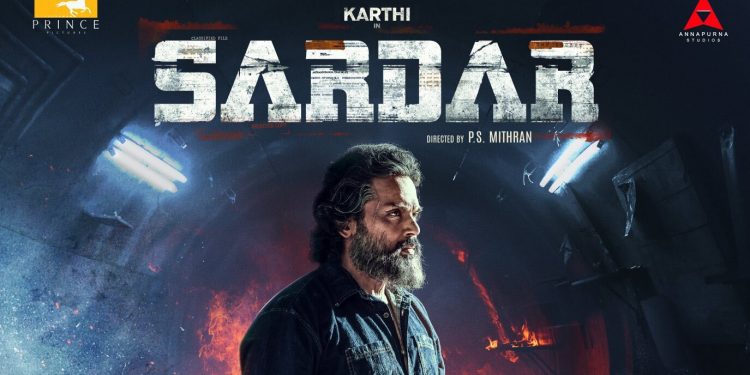 The trailer for Karthi’s upcoming film ‘Sardar’ has been released. The Tamil star hero will appear in dual roles in this film as Sardar, a mystery man, and as Police Inspector Vijay Prakash.

The glimpse hints at this flick’s revolves around a police officer who chases a missing file that contains some highly confidential information. Karthi just stole the show with his diverse looks. Overall, the trailer looks gripping and raises curiosity among the audience.

Rashi Khanna and Rajisha Vijayan are playing the female leads in this film. Actress Laila is also playing a key role in this upcoming film. The flick is directed by Abhimanyudu’s famed PS Mithran. G.V. Prakash gave his magical tunes to this flick. Sardar is produced by S Lakshman Kumar under the banner of Prince Pictures. King Nagarjuna Akkineni’s Annapurna Studios will be releasing the movie in Telugu states.

The movie is getting ready for its theatrical release in Telugu and Tamil for Diwali on October 21st.

Check out web story about much awaited Telugu films