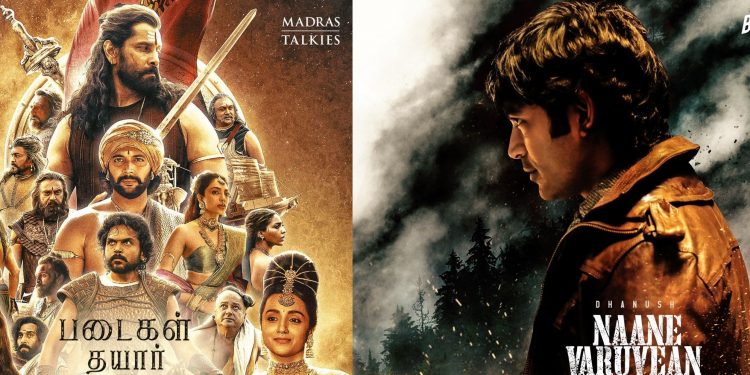 Movie lovers will have a feast for the eyes during the final week of September. It’s interesting to note that no major Telugu films are coming out this week since they are all prepared for the next Dasara weekend. This week, two significant Tamil dubbed movies will be released. In addition to these, a low-budget film will test their fate.

Under the Geetha Arts banner, Dhanush’s “Nene Vasthunna” is being released in Telugu on a large scale. Selvaraghavan is the director of this thriller movie. The audience had high hopes for this movie.

This week sees the release of “Ponniyan Selvan,” the long-awaited pinnacle of Mani Ratnam’s vision. This movie has some of the biggest names in Tamil cinema, including Vikram, Karthi, Jayam Ravi, Trisha, and Aishwarya Rai. Dil Raju provided a significant Telugu release to this movie.