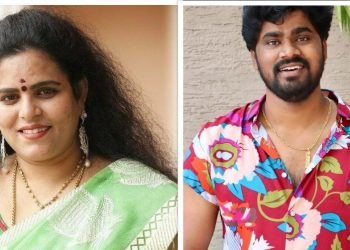 Last night, two popular social media stars got into a fight. Around 9 p.m, it all began. Karate Kalyani arrived at Srikanth Reddy’s flat in SR Nagar, Hyderabad. Srikanth’s prank films mislead the youth and disrespect women, according to Kalyani, who was offended by them. After hearing Kalyani yell his name, Srikanth exited his flat. She began scolding him as soon as he came out. Srikanth also spoke something personal about Kalyani. The heated debate turned into a brawl when Kalyani and her guys hit Srikanth. The prankster showed no mercy when it came to Kalyani, who was wearing her infant in a baby carrier.

Things grew worse when Kalyani slumped in the middle of the road after being struck by Srikanth. Enraged by Srikanth’s strike, Kalyani’s aides brutally attacked him and tore his clothes. Kalyani used her phone to record everything. She frequently mentioned that she will report the event to the police. The neighbours intervened in the argument and told Srikanth to leave, which led Kalyani and Srikanth to part ways.

Srikanth addressed the issue in a video posted to his YouTube page this morning. He argues that he is innocent and that some media outlets have bribed Karate Kalyani to slander him. Karate Kalyani expresses herself in an entirely different way. This has caused quite a stir among the general people. Some members of the public support Kalyani, while others support Srikanth.