Thousands of Prabhas’ fans gathered in Prabhas’ hometown. The pan-India star spent over 3 crore for his fans. 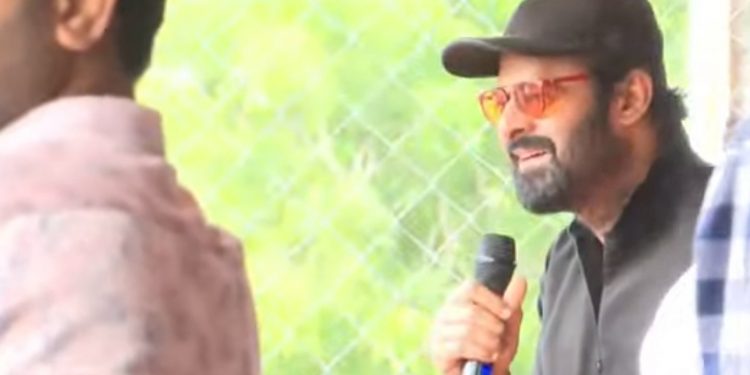 Pan India superstar Prabhas arrived in his hometown Mogalthur, Bhimavaram this morning. Prabhas will take part in the condolence meet of his late uncle Krishnam Raju.

According to our sources, Prabhas spent almost three crore for this event to express condolences. This event is anticipated to draw over one lakh attendees. Food dishes from a wide range of categories are prepared, specifically for Prabhas’ followers. Since Prabhas hasn’t come back to his hometown in a very long time, thousands of admirers have already gathered there since the early hours of the day. As a sizable throng is anticipated, the Andhra Pradesh government has allocated strict security for this event. The 5-acre site where the event will take place has already been prepared in every way.

People from around 50-60 villages are expected to grace the event. Bhimavaram is host to several bike rallies organised by the actor’s supporters.

Kisham Raju garu left for heavenly abode on september 11 at the age 83. He introduced Prabhas to the film industry through the film Eeshwar in 2002. They both have shared the screen in ‘Billa’ ‘Rebel’ and for the final time in ‘Radhe Shyam’