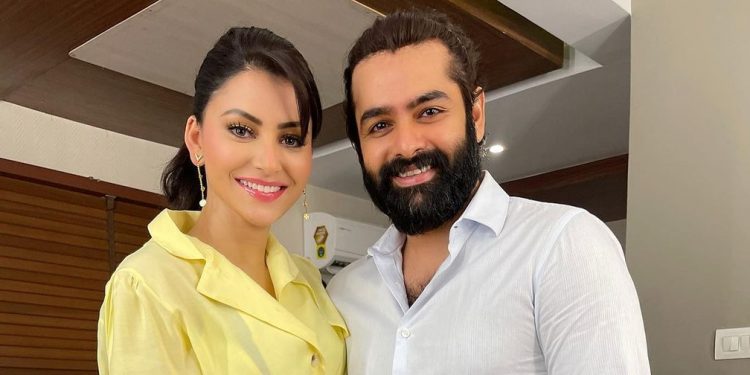 Director Boyapati Srinu is well known in Tollywood for his commercial films. He’s obsessed with item numbers and tapori in his films. The mass director is currently working on his next film with energetic hero Ram Pothineni. The shoot for this untitled project is going on in Hyderabad. As per the recent update, Boyapati has roped in Bollywood beauty Urvashi Rautela for a dance number in Ram’s film.

Confirming the rumours, Urvashi has posted a pic of her with Ram on her social media, which went viral instantly. Fans of Ram and Urvashi are in a frenzy over this exciting update. Both the stars are great dancers, so we can expect a bombastic outcome from this pairing.

Urvashi is lately in the news due to her alleged relationship with Indian cricketer Rishab Pant. On the work front, the actress has not announced any of her future projects yet, but she is busy with a lot of commercials for several brands.

Best of KK: Ten beautiful songs from the master singer