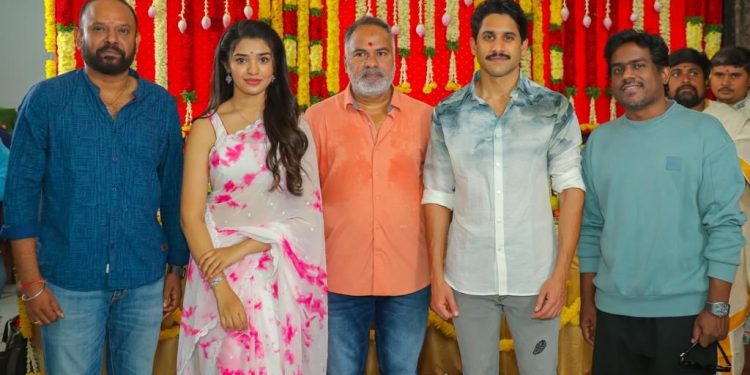 Akkineni Naga Chaitanya and Venkat Prabhu’s film has been in the news since it went on to the floors. A few days ago, the makers unveiled the star studded cast of the film. Several prominent Tamil and Telugu actors have been roped in for this bilingual project.

It’s been reported that the film has finished important shooting sequences in Mysore. The shootings took place in beautiful locations in Mysore city. With every update, Naga Chaitanya’s future movie is creating buzz among the audience.

The flick is directed by Venkat Prabhu. Srinivasaa Chitturi of Srinivasa Silver Screen is producing the yet-to-be-titled film. The legendary father-son duo of Maestro Ilaiyaraaja and Yuvan Shankar Raja will compose the music for this film. The release date has not been officially announced.