Woman murders her estranged lover with the help of a Facebook friend; incident appears like a movie plot. 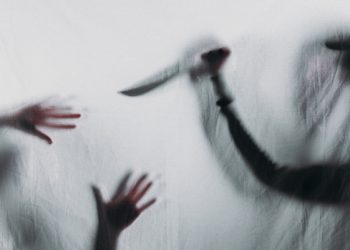 Although social media has transformed our way of life, many people continue to misuse these platforms. Social networking is contributing to an increase in crime rates. Some people become victims of unintentional crimes, while others prey on the helpless. In the hands of criminals, these sites have evolved into illicit activity planning chatterboxes.

In Balapur, a horrible incident occurred. With the help of a Facebook buddy, a housewife planned the murder of her lover. Swetha Reddy (32), who lives in Meerpet’s Prashanth Hills, is having an extramarital romance with Amberpet-based photographer Yash Kumar (32). Swetha and Yash have been Facebook friends since 2018, and their friendship gradually turned into an affair. Following the romance, Yash and Swetha exchanged explicit video calls. Swetha’s luck eventually ran out when Yash Kumar demanded that she marry him or else he would disclose all of her explicit clips to her husband. Swetha was caught off guard by Yash Kumar’s specious demand, but she devised a devious plan to get Yash out of her way. With another Facebook friend, Kongala Ashok (28) from the Krishna district of Andhra Pradesh, she plotted a ploy against Yash. Krishna and Swetha decided to kill Yash as part of their evil plan. Krishna arrived in Hyderabad on May 4th to carry out Swetha’s plan. Yash, on the other hand, came to Prashanth Hills that night at Swetha’s request. Following Swetha’s advice,  Ashok and one of his aides captured Yash Kumar and stabbed him to death with a hammer. On the afternoon of May 6, Yash Kumar died in a hospital.

The Cyberabad police tracked down the case and arrested all the culprits, including Swetha Reddy, Ashok, and others involved in this murder case.