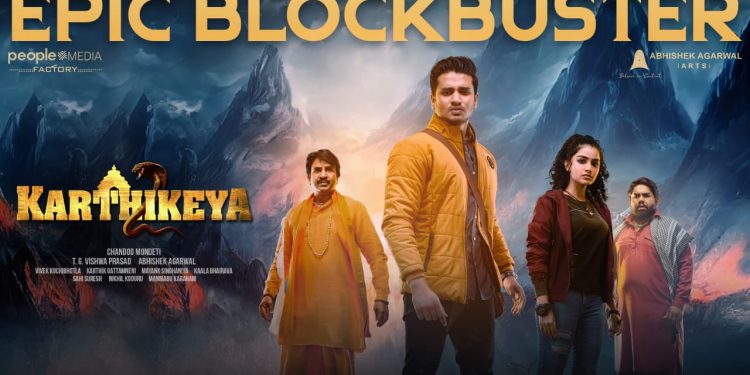 Nikhil Siddarth’s blockbuster mythological film ‘Karthikeya-2’ has emerged as one of the biggest hits of this year. The film grossed more than 100 cr at the box office and is still going strong in some theaters.

The Malayalam version of Karthikeya-2 has been released recently and is earning rave reviews from the Kerala audience. The flick made more than 30 crore from the Hindi belt alone. Movie buffs around the country are eagerly waiting for the OTT premier of this film.

As we already know, Zee has co-produced this film with Abhishek Agarwal. The streaming platform Zee5 has officially announced that ‘Karthikeya-2’ will stream on Zee5 starting from October 5 on the special occasion of Dasara. Karthikeya-2 is expected to get humongous viewership on the OTT platform.