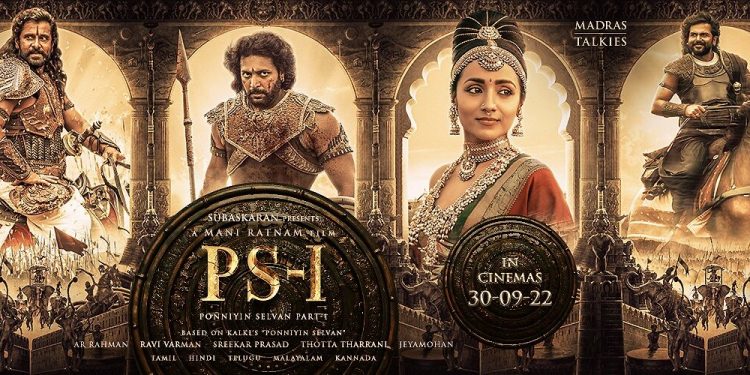 Mani Ratnam’s “Ponniyin Selvan” was released last friday to positive reviews. The Tamil-based magnum opus has got a wide release across all major Indian languages. The film starrs some of Kollywood’s biggest names like Vikram, Karthi, Jayam Ravi, Trisha and Aishwarya in lead roles.

The epic saga is the official adaptation of Raja Raja Chola’s story from the classic book “Ponniyin Selvan” by Kalki Krishnamurthy. At the box office, this historical epic is raking in a tonne of cash. This movie has reportedly made over 200 crores at the box office worldwide in all languages in just three days. The first Tamil movie to achieve 200 crores in just three days is “PS-1.”

The movie made 80 crore on its opening day. Saturday and Sunday were when everything really took off. Due to the fact that it is a holiday season across the majority of the country, the bookings for this film are quite strong, even on weekdays. The production of “PS-1” cost 500 crores ( two parts). In 2023, PS-2, the second installment of this movie, is expected to be released.

The flick is directed by Mani Ratnam and produced by LYCA productions. A.R Rahman has composed the music. The cinematography is done by Ravi Varman.

Vishnu Priya sets the internet on fire with her bold photoshoots