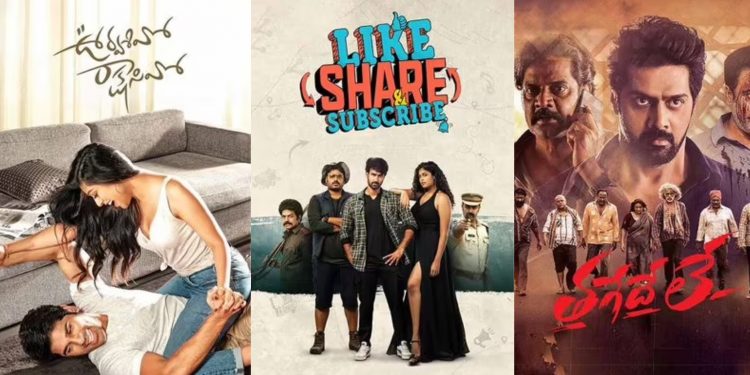 This weekend, many small and medium-budget movies will test their luck at the Tollywood box office. While some movies have generated a decent amount of hype with their trailers and promotions, others are solely dependent on word of mouth. Let’s see what those films are.

Nandu, Rashmi Gautam and Kireeti play lead roles in ‘Bomma Blockbuster.’ This film is directed by Raj Virat and Produced by Praveen Pagadala.

Santosh Shoban and Faria Abdullah’s ‘Like Share & Subscribe’ is one of the movies to look for this weekend. The film carries good hype as it’s promoted by Rebel Star Prabhas.

Nandamuri Taraka Ratna will test his luck this weekend with his film ‘Saradhi.’ The film runs in a sports backdrop.

The Naveen Chandra starrer is one of the notable releases of this weekend. The early glimpses look promising.