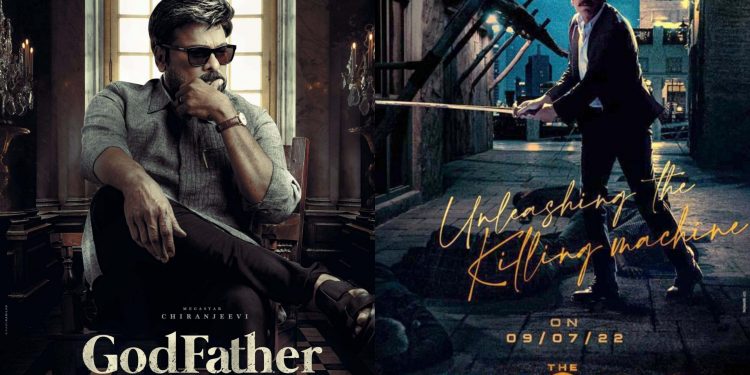 The producers and distributors never play it safe when big movie conflicts occur. Conflicts between films have significantly decreased in Tollywood’s modern cinema. But a significant fight between the senior heroes Nagarjuna and Chiranjeevi is set for this Dasara holiday.

On October 5th, the highly anticipated movies “The Ghost” and “Godfather” will be released in theaters. Along with these bigges,  Manchu Vishnu’s “Jinnah” and Bellamkonda Ganesh’s “Swathimuthyam” will also test their fate.

The fact that the two biggest actors, Chiranjeevi and Nagarjuna, have such large fan bases and that it is evident that holiday movies draw the most crowds makes the conflict between them acceptable. However, Manchu Vishnu’s uncompromising choice to release his movie ‘Jinnah’ alongside Nagarjuna and Chiranjeevi films caught the attention of Telugu movie enthusiasts. Manchu Vishnu is even criticised by the market analysts for taking a needless risk by tussling with Tollywood heavyweights. Manchu Vishnu is still confident in his movie, and he has consistently stated that the movie would release on October 5th no matter what.

On the same day, Bellamkonda Ganesh, Bellamkonda Srinivas’ brother, debuts in the movie “Swathimuthyam.” The producers of this movie are also adamant on having their movie released on the same day. Due to its difficulty in finding distribution, this movie will come out as the biggest loser in this competition.

The conflict between The Godfather and The Ghost would be intriguing despite the four Dasara releases. Huge openings are anticipated for each of these movies.

Best Photographers for Half Saree Functions

Vijayendra Prasad, the creator of some of the most emotionally charged movie moments