Viral Video of Gun Brandishing in wedding Dance Party Celebrations at Bihar is trending on Internet. 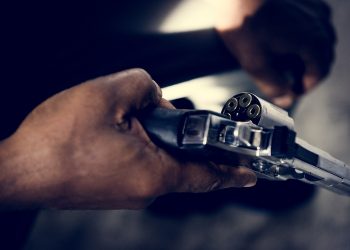 Many sections of North India continue to glorify gun culture. In particular, Uttar Pradesh and Bihar. Many Bollywood films depict the culture of gun ownership in these states. Although gun culture is prohibited in India, this custom continues today.

A man was recently seen dancing with a female dancer at a wedding in Gopalganj, Bihar, while clutching a handgun in his hand. He even has his finger on the trigger of his revolver while he points it at the dancer. Netizens were terrified by this disturbing video. After witnessing this movie, one question is swirling in the minds of the general public: what would happen if the trigger was accidentally pressed?

A journalist shared this video on Twitter. As a result of this video, numerous I.A.S officers have been tagged to take action against the person. “This leaves me stunned and also makes me realise the amount of ‘cultural depravity,” IAS officer Sanjay Kumar stated in response to the video.

Take a look at this shocking video

Superstar, Yash made it big with only 300 rupees in his pocket.