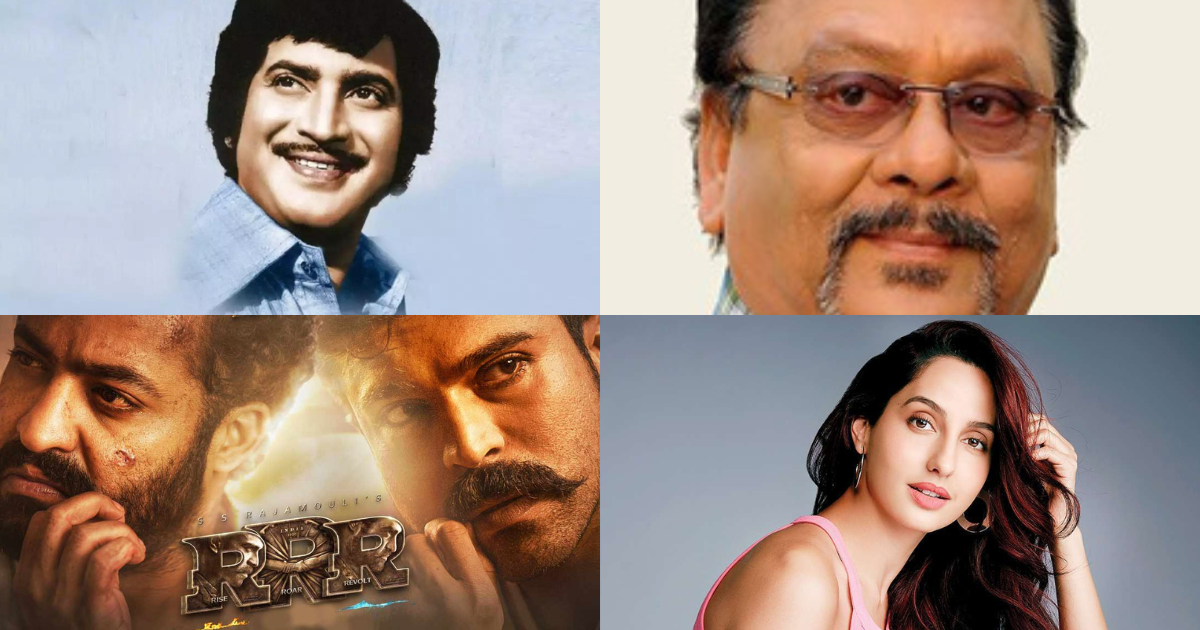 Let’s review the events that occurred in the Indian entertainment industry in 2022.

It’s been a heartbreaking year knowing that some of the greats are not with us today. Krishnam Raju, Superstar Krishna, and Latha Mangeshaka died in 2022. The unexpected and sad deaths of KK and Sidhu Moosewala also devastated the fans.

A year of Mega blockbusters

Ranbir Kapoor and Alia Bhatt, Mouni Roy and Suraj Nambiar, Naga Shourya and Anusha Shetty, Nayanthara and Vignesh Sivan, and Pavitara Lokesh and Naresh have all married in 2022.

For Deepika, this year marked a turning point. The actress was honored to serve on the prestigious Cannes Film Festival jury in addition to serving as the brand ambassador for Louis Vuitton and Cartier internationally.

The boycott wars have continued in 2022 mainly in Bollywood, the Boycott trend hit its peak during the release of ‘Laal Singh Chadda’ and ‘Liger.’

Business-wise, 2022 was the worst year for Bollywood. The bulk of Hindi movies had severe box office failure. Unexpectedly, Akshay Kumar has had five dud movies this year. During 2022, Bollywood has been dominated by south films.

The Year of Avatar

2022 saw the release of the much-awaited visual extravaganza “Avatar: The Way of Water.” The film has been released on December 16 as a follow sequel for ‘Avatar’ which was released in 2009.

The film that Vivek Agnihotri has been through numerous controversies since its release the international media claim the film as an outright propaganda movie. Nadav Lapid, an Israeli director and the president of the International Indian Film Festival, has criticised the movie for its storyline.

The Film Federation of India (FFI) chose ‘Last Film Show’ as its official selection as the Indian entry to the Oscars, snubbing the much more popular “RRR.” This sparked a heated debate on the internet. People have expressed diverse views on this move by FFI.

Jacqueline Fernandez was called in by the ED for her involvement in the INR 215 crore extortion case after her friendship with conman Sukesh Chandrasekhar made national headlines. Although she was acquitted recently, the actress has not publicly spoken about it yet.

The dancer became the only Indian to perform the dance number at the Qatar event. She made worldwide headlines for her fantastic performance.

Welcome to the Parenthood

The 21 year old Sini Shetty from Karnataka has crowned Femina Miss India title for the year 2022.

Telugu cinema started the re-release trend of the old blockbuster movies, and soon the trend spread to Kollywood and Bollywood. Interestingly, the movies are doing well at the box office.

The much-awaited teaser of “Adipurush” has been released during Dasara season, and the teaser has become an epicentre for memes and troll stuff for its underwhelming VFX.

As usual, “Koffee With Karan” talk shows have been in the news for many positive and negative reasons, gaining massive traction. Meanwhile the Telugu chat show “Unstoppable With NBK” has also grown significantly in popularity, with viewership skyrocketing.

String of controversies of Vijay Devarkonda

2022 turned out to be an unpleasant year for Vijay Devarakonda; his promotional tour to press meetings has sparked controversy in the national media. The movie ‘Liger’ turned out to be the biggest bomb in his career.

The “Fukrey” actress has faced severe criticism from netizens, politicians, and her fellow actors for her controversial tweet about the Indian Armed Forces. Later, she apologised for her remarks.