Karolina Bielawska is the winner of Miss World 2021 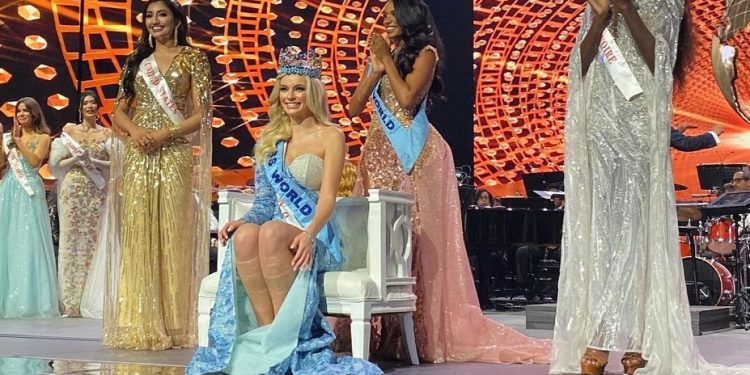 Karolina Bielawska of Poland has been crowned Miss World 2021 by the International Beauty Pageant. The final was held at Puerto Rico’s Coca-Cola Music Hall. Shree Saini, an Indo-American, was the first runner-up in the Miss World 2021 final, and Oliva Yass of Côte d’Ivoire was the second runner-up.

Due to a corona, the tournament, which was scheduled to take place last year, was postponed to this year. Manasa Varanasi, who represented India in this prestigious Miss Universe pageant, finished in the top-13 after falling out of the top-6 list.

Carolina, the winner of the 70th Miss World pageant, was crowned Miss World by Tony Ann Singh of Jamaica. She began her performance on stage with a prayer for support for Ukraine, which is being invaded by Russia, and she stated that everyone should work together to restore peace.

Karolina is from Poland and has a Business Management degree. Carolina, a model, has stated that her ambition is to become a TV host and motivational speaker. She also enjoys swimming and scuba diving. Participates in social activities on a regular basis

What about the runner-up, Shree Saini?

Shree Saini is an Indo-American model who was the first runner-up in the Miss World 2021 pageant. Her parents moved to the United States from India in 1996, from Ludhiana, Punjab, when she was five years old. She stated that I am competing not only for myself but also for 333 million Americans and 3.5 billion Indians. Her father had a job as a business manager.