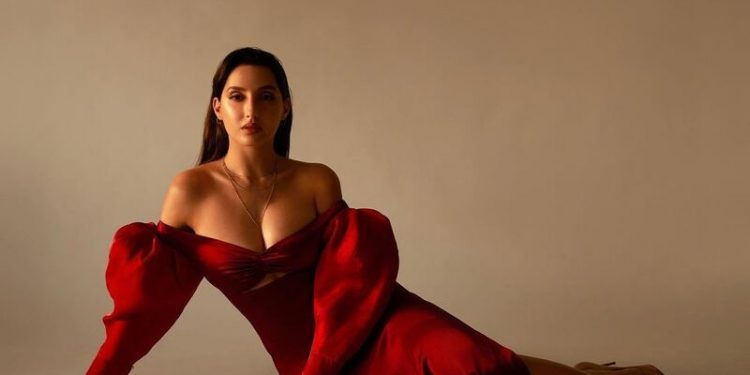 Powerstar Pawan Kalyan’s upcoming film “Hari Hara Veera Mallu.” The film’s producers had been looking for a starring actress to play opposite Pawan Kalyan for a long time. Many prominent women have been linked to this project in the past, but no official confirmation has been made. Jacqueline Fernandez got quite near to fulfilling this job, but due to her involvement in controversies, she burned her hands at the last minute.

Finally, the filmmakers have found the ideal woman for Pawan Kalyan. It’s none other than Nora Fatehi, a gorgeous Canadian actress and dancer, well recognised for her work in bollywood. Nora Fatehi created a name for herself in Indian cinema with her alluring item numbers. She appeared in numerous item songs in major films, including Kick 2, Satyameva Jayate and Baahubali. Although She did a lot of item numbers in Telugu films, she never had a full-length role in one. The makers of “Hari Hara Veera mallu” approached her with an offer for a full-length role in their film after being impressed with her work. Nora eventually accepted the offer and gave them her dates. In this upcoming film, Nora Fatehi will play Roshanara Begum, Shah Jahan’s third daughter, Who was a talented poet during the Mughal period.

“Hari Hara Veera Mallu” is being made on a big budget by director Krish. The teaser and posters of this film appear to be promising. This film is set against the backdrop of Hyderabad’s history. Pawan Kalyan is aiming for blockbuster success with this movie. This film is set to hit theaters this Dasara season (5 October 2022).