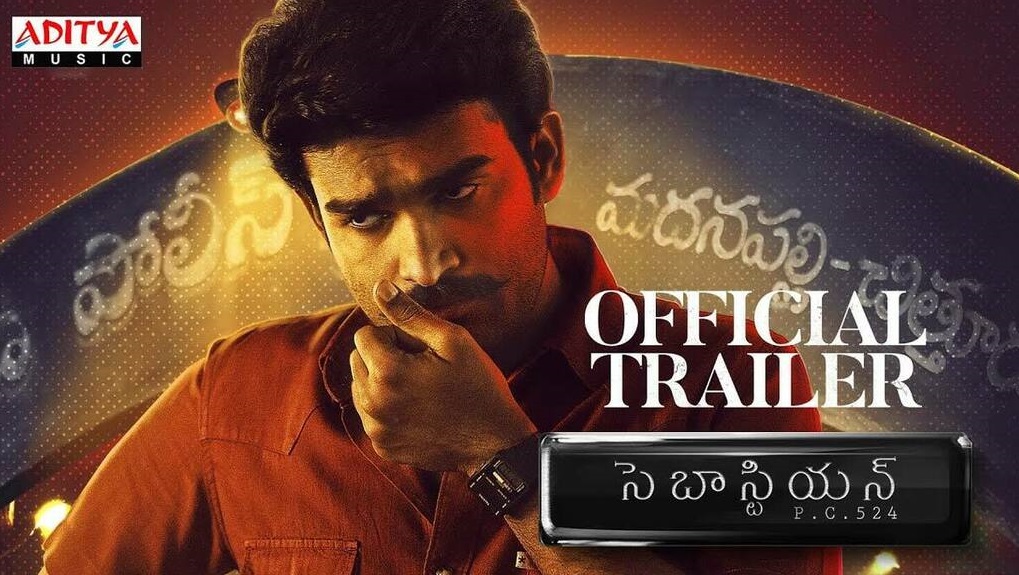 Kiran Abbavaram stars in Sebastian P.C.524, a comedy thriller. On March 2, Vijay Devarakonda released the trailer for the film. which stars Nuveksha and Komali Prasad as the heroines. The trailer impressed netizens, who found it to be both funny and suspenseful throughout. It has already received over 4 million views and is trending on YouTube in less than 24 hours.

Director Balaji Sayyapureddy depicted what it would be like for a police officer suffering from rheumatism to work night shifts in the trailer. On the one hand, there is laughter, and on the other hand, there are thriller scenes. The dialogue ’చీకటా..ఓడెమ్మా అండర్ ది కంట్రోల్ ఆఫ్ సెబాస్టియన్.. ఇక్కడ వీచే గాలి, లేని వెలుతురు.. ఉన్న చీకటి సాక్షిగా’ from the hero at the start is hilarious. Why was the hero suspended in the middle of a murder investigation…? How the hero solved the case is the twist in the film. In the film, the hero is accompanied by two heroines. Srikanth Iyengar and Rohini Raghu Varan are the other main characters. The trailer’s background score, composed by Music Director Gibran, adds a nice touch.

Hero Kiran Abbavaram has had a lot of success with short films by choosing a good story. Audiences were captivated by his portrayal of the hero in Rajavaru Ranigaru and SR Kalyana Mandapam films. Kiran has played a variety of roles in the past and is now taking on a new one as Constable Sebastian.. The trailers for this film, which has a humorous and suspenseful plot, have raised expectations from the start. Posters were created, pre-release events were held, and the film’s popularity grew.

The movie, which has already wowed audiences with its songs, trailer, and teaser, is set to be released worldwide on March 4th. This film’s producers are Siddhareddy B, Raju, and Pramod, and it will be released by Jovita Cinemas. Raj K. Nalli is in charge of the film’s cinematography.