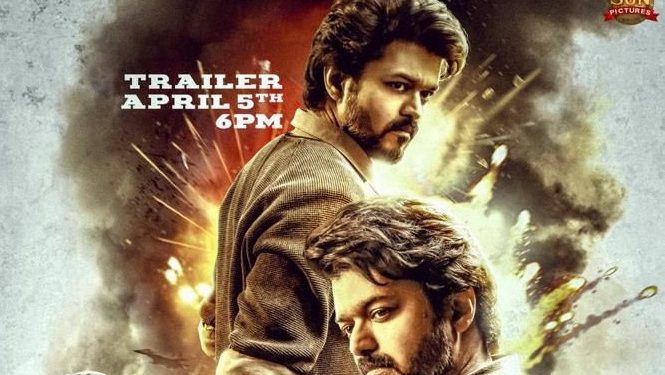 The following Ilaya Dalapati Vijay, a Kollywood star hero, is enormous. He has a sizable following in both Tamil and Telugu. Vijay, who rose to prominence among Telugu audiences with the film Tupaki, now has all of his Tamil films dubbed in Telugu as well.

The song ‘Jolly Gymkhana, Arabic Kuttu’ from this film has already broken records. Anirudh is the music director, and Pooja Hegde plays the heroine. Johnny Master choreographed two of the film’s hit songs.

The film was supposed to be released a long time ago, but it was delayed because of the Corona. On Twitter, fans trended the hashtag #wewantbeastupdate to alert filmmakers to provide updates from the film. The following two singles were also huge hits.

The film, which has a huge budget of Rs 150 crore, is in jeopardy due to KGF-2. Although the film will be released a day before KGF-2, it is likely to have an impact on box office if the KGF film receives a positive response. With both films being released with high expectations, movie analysts are unable to predict which will be a success. Vijay has a sizable fan base, which is a plus. It remains to be seen how these two films will be received by audiences.