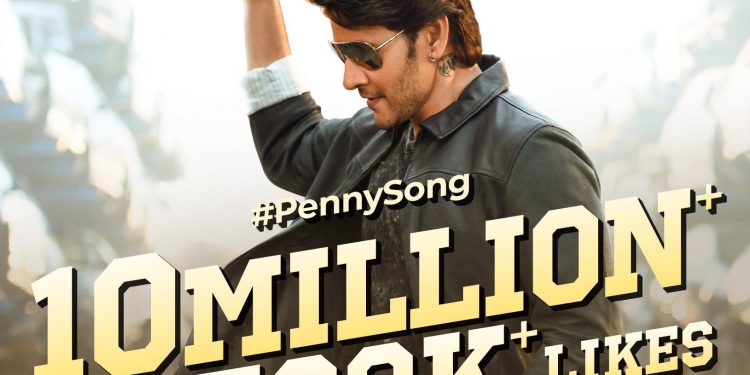 The penny song from the  ‘Sarkaru Vaari Paata,’ starring Mahesh Babu as the hero, is a huge hit. Within 24 hours of its release, the song had over 10 million plus views on YouTube and over 5 lakh likes. Nakash Aziz sang the song, which was written by Anantha Sriram. Thaman, a young music director, composed the film’s music.

This song features Sitara, Maheshbabu’s daughter. The song receives a positive response from the audience thanks to an impressive dance from her. Fans are ecstatic to see her appear in a music video for the first time. During her performance, her superb steps captivated the audience. Many people believe Sitara has a bright future in the film industry.

The song “Penny” has also been leaked on the internet

The filmmakers have to deal with the leak once more, ‘Penny’ song was also leaked on the internet the day before. As such, the song had to be released a day earlier than expected, and the same thing happened with the Kalaavathi song. The film’s production team is working hard to get the film ready for release on May 12.

The heroine in this film is played by Keerthy Suresh. Parashuram Petla directed the film, which was co-produced by Naveen yerneni, Y.Ravishankar, Ram Achanta, and Gopi Achanta. According to reports, Mahesh babu has given his approval to Rajamouli’s next project after this one.