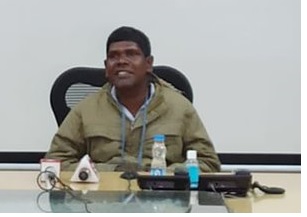 Birbhun resident and peanut seller Bhuban Badyakar’s sales jingle Kacha Badam has gone viral.  This peppy song has the whole nation tapping their feet to its funky beat. In fact, the song has not only enthralled the nation but led to the emergence of a worldwide dance challenge. Celebrities from around the world are happy to take on the dance challenge. This includes French Instagram Jika, who came out with his own interpretation of it.

Quite naturally, Badyakar has become a celebrity in his own right. In fact, he was felicitated by none other than the Director-General of West Bengal Police M. Malavia in Kolkata. That’s not all-Haryanvi singer Amit Dhull has come out with his own kacha badam inspired re-mix version in Haryanvi, with social influencer Nisha Bhat embellishing the song with her own inimitable dancing. It also features Badyakar rocking to his own beat.

The “Shooter Dadi” Prakash Tomar too became part of the trend dancing alongside two young girls, who look like they may be her granddaughters. As a matter of fact, the popularity of the song shows no signs of waning, what with top choreographer Ganesh Acharya and his students also participating in the dance challenge. This is familiar territory for Acharya, who has had his dance numbers Oo Antaya and Srivali from Allu Arjun superhot movie Pushpa: The Rise become part of dance challenges of their own.

Indeed, the ways of the internet world are quite miraculous in that it makes overnight mega-celebrities out of ordinary people going about the ordinary business of life.