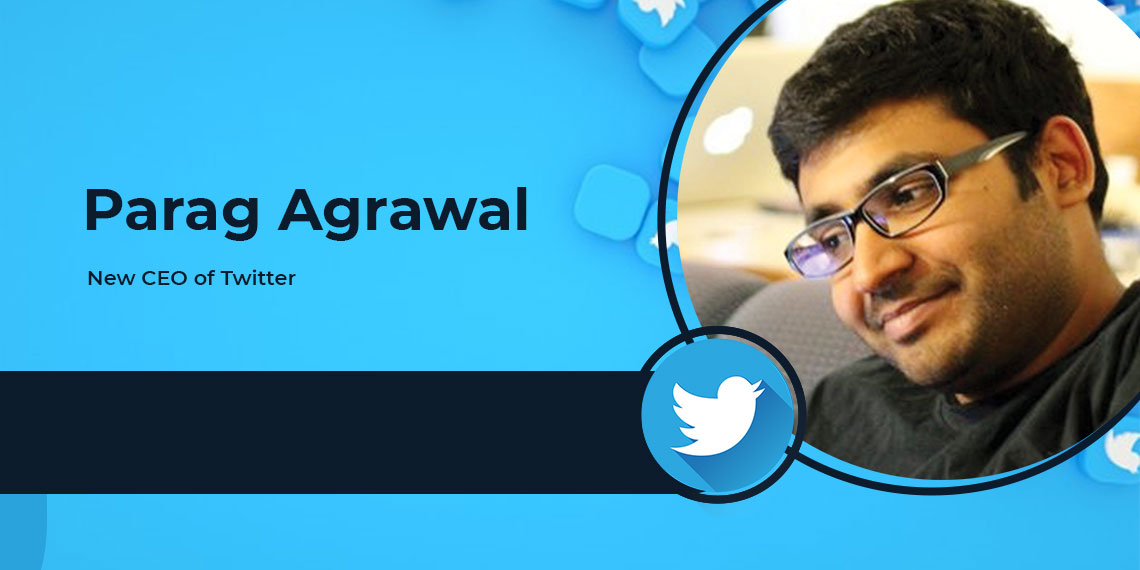 After Twitter Ceo and Co-founder Jack Dorsey steps down from his Chair, 37 Year old Parag Agrawal has taken his Place. With Parag  another Indian is on the helm of Global International MNC like Satya Nadella as Microsoft Ceo and Sundar Pichai as Google Ceo. Since Parag Agrawal was declared as New Ceo of Twitter on 29th November, Many started searching about his Profile on the Internet. Here we will give you all the Important information of New CEO of Twitter.

As per Bloomberg  “He is the Youngest Ceo among all”. Parag Agrawal was born in Mumbai in 1983”. His father was a senior official in the Department of Atomic Energy. In 2000, He secured 77th rank in Jee and Graduated from IIT Bombay in 2005. Parag then moved to the United States and did his PHD in Computer Science from Stanford University. He has been working at Twitter for 10 years. In 2011 he joined twitter as an Engineer. Later he was made Chief Technology Officer in 2017.

Parag Agrawal, earlier held many leadership positions in Microsoft Research, AT&T Corp and Yahoo Research. His leading Positions and Works in leading Giant Companies were always away from News and Sensation. In 2019 Former Ceo Jack Dorsey announced Parag as the Incharge of “Project Bluesky”. Its a Team of Engineers which Controls abusive and Misleading Information on twitter Platform.

With Entry of Parag Agrawal into Twitter, Many New Products, Business Strategies are going to be Implemented like live Audio and Subscriptions. As soon as Parag took over as Twitter Ceo, He emailed all the twitter Employees that “ they need to reach and hit ambitious goals setupped by them.

Since Elliott Management Corp has taken stake in Twitter from 2020, it has pressured twitter to increase revenue. Elliott Corp has also kept the target of Doubling revenue by 2023. With Parag at helm, Twitter may go through a seachange with New features, attachments, updates and Subscriptions.

Twitter earlier faced Challenges from Former Us President Donald Trump and the Indian Government. Recently the Indian Central govt warned twitter that it would be banned just like Tiktok if it doesn’t follow Indian Government Intermediary guidelines under the Information Technology Act.  Young CEO Parag Agrawal will have many daunting challenges for sure. Also Social media lovers are expecting a lot more features now than what twitter is providing now.

On a another note former Twitter Ceo Jack Patrick Dorsey continues to be the CEO of “Square” Which is Biggest Financial Payments Company. Buzz is also going that Elliott Management Corp is not happy with Jack Dorsey and that may be the reason Parag Agrawal Stepped In.